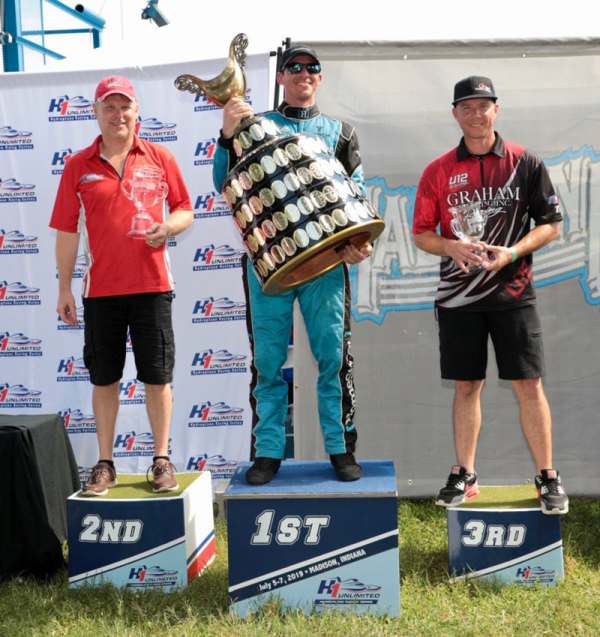 Shane began his weekend as the top qualifier among the seven world’s fastest race boats.  He won each of the four preliminary heats and power boat racing’s pinnacle trophy.

Today’s win by Shane makes it his fourth Gold Cup win in his 12 years driving in the H1 Unlimited Hydroplane Racing Series.

The win also etches his team, Miss Madison Racing, into the record books with four Gold Cup wins, with all but one with Shane at the wheel.  The team’s first Gold Cup trophy win came in 1971 when the team won in the hometown of Madison, Indiana with driver Jim McCormick.

Last year’s Gold Cup winner, Andrew Tate in the U-1 “Delta/RealTrac took an early lead, followed closely by Shane.  In the back stretch, Tate increased his lead over Shane and the U-7 “Spirit of Detroit” driven by Bert Henderson, U-11 “J&D’s Reliable Diamond Tool” pilot Tom Thompson and the U-12 “Graham Trucking” with J. Michael Kelly in the cockpit of the six lap championship final.

In the first turn of lap two, with Tate in the lead, his boat fell into a huge hole on the racecourse that turned him hard left, slowing him enough for Shane to pull in front exiting the turn.  Shane pulled ahead by 1-1/2 roostertails.  Henderson followed Tate nearly 5 roostertails. 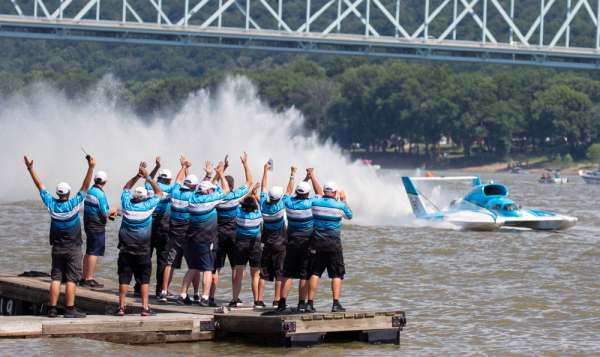 There was no looking back for Shane during the remaining three laps.

Tate ended up crossing the finish line second but officials ruled he jumped the gun, adding a one-minute penalty to his final finish time.  Henderson in the “Spirit of Detroit” finished third but moved up to second after the ruling against Tate.

There was a bit of good news for Tate, he did have the fastest lap in the final averaging 146.053 mph in lap one. 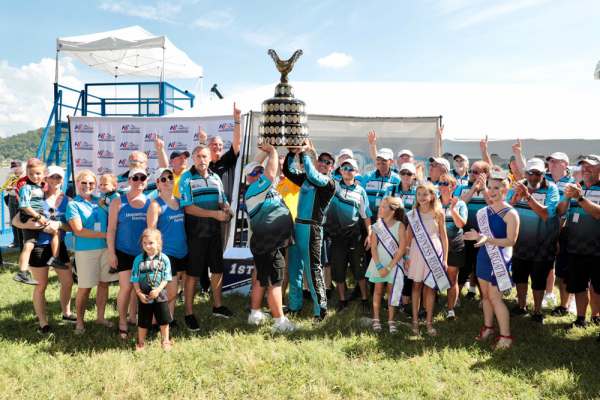 The U-6 Miss HomeStreet team with the APBA Gold Cup

U-7 one minute penalty, jumped the gun