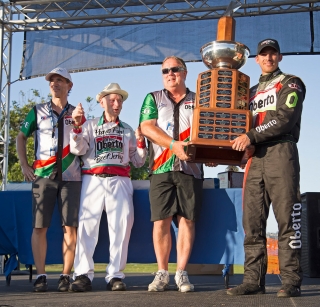 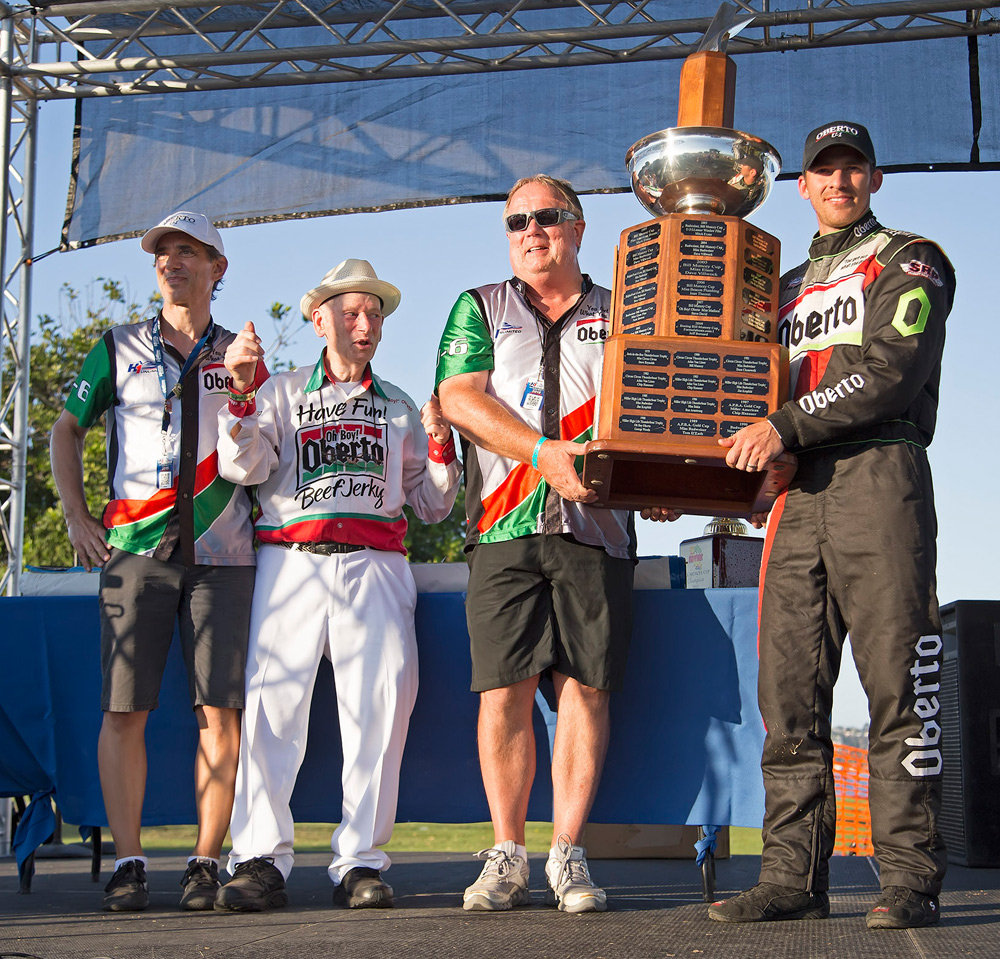 Jimmy Shane and the U-1 Oberto Beef Jerky team won both the H1 Unlimited national high points crown and the Bayfair Regatta hydroplane race Sunday for the second consecutive year sending the Oberto-Beef Jerky brand sponsorship off in style at the 51st annual San Diego Bayfair race on the 2-1/2 mile course on Mission Bay,

It was a perfect weekend for Shane. He won all three preliminary heats and then the championship final, averaging 146.448 mph to take his 10th career win. During a 16-year sponsorship run, the Oberto/Madison, Ind. team have won 20 races, including two Gold Cup titles, six H1 Unlimited hydroplane national high points boat championships and eight drivers titles.

In the final, Shane was in lane two, Jimmy King in the HomeStreet Bank had lane one, and Scott Liddycoat in the Southern California 811 Dig/ Red Dot had lane four. Shane and Liddycoat ran close for the first lap but after that the Oberto boat took control. Liddycoat took second with Cal Phipps in the Dalton Industries in third. J. Michael Kelly placed fourth in the Graham Trucking but only after going through the roostertail of Liddycoat on lap three.

“I didn’t want to make any mistakes, and I knew I had almost everyone on the outside of me, so I stayed back and hit the starting line a little late then let the boat go,” said Shane. “This boat ran extremely well all weekend and I have to give our crew, crew chief Larry Hanson, the Oberto family and the city of Madison, Indiana thanks for allowing me the privilege to drive this boat.”

Earlier in the day, Shane clinched his second consecutive H1 National High Points Driver and Team Championship when he won preliminary heat 2B and his closest challenger Kelly placed second.

“This was quite a day for everyone involved,” said Shane. “I do not know if anyone could have written a better script.”

Liddycoat started the day with his first heat win in the 811 Dig/Red Dot boat then took second in his next preliminary and the final. It was the team’s best finish of the year.

It was a tough race week for Kelly and the Graham Trucking crew. The boat was sideswiped by an 18-wheeler at a gas station traveling to the race. Then on Saturday, the repair on the hole in the right rear shoe from that accident came apart in the first preliminary heat. The crew worked until 1:30 am on Sunday morning to repair the damage and Kelly came out and won preliminary Heat 3B.