Madison Regatta to expand and grow with new Indiana grant 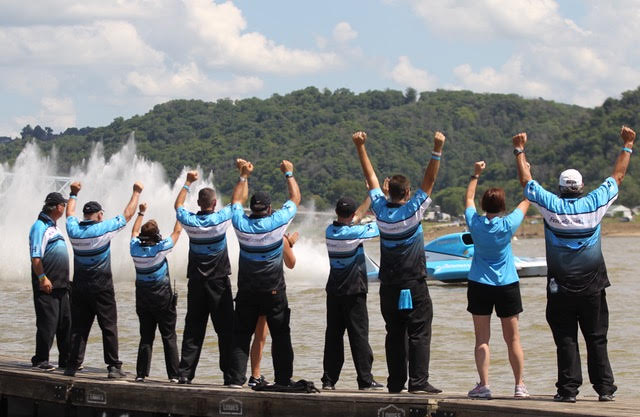 MADISON, Ind. (May 20, 2019)—Monday, the City of Madison, Ind.’s Board of Public Works members approved $75,000 grant to the Madison Regatta and Roostertail Music Festival from the State of Indiana’s Economic Development Corporation from the E.D.C.’s motorsports improvement fund to help the events to expand and grow.

The grant funds are earmarked for the addition of a second level and new roof to the Regatta’s judge’s stand on the riverfront, additional fence panels, electrical, and water improvements for the festival areas.

“The City of Madison continues to show its commitment to the future of enjoying its great riverfront with festivals and specifically our H1 Unlimited hydroplane races; not just in words, but through action, ” said Ron Perry,  Executive Director of H1 Unlimited.  He continued, “It’s commitment like this that makes us happy to continue our partnership with local leaders and bring the Gold Cup to Madison this year.”

Indiana has a rich heritage of motorsports that drives tourism and contributes significantly to the state’s economy.

“The steps being taken in Madison to revitalize the community and world-class events like the Madison Regatta will support the continued growth and vibrancy of southeast Indiana for years to come,” said Secretary of Commerce Jim Schellinger.  He continued, this will “ensure that the Hoosier state is indeed the best place to live, work and play.”

Last year, the City of Madison received $50,000 grant from the fund that was used for many upgrades to the race and festival.

The events will be held July 4-7, 2019.  Tickets to both events, the weekend’s Madison Regatta Gold Cup trophy race and Roostertail Music Festival are available now at www.madisonregatta.com

H1 Unlimited hydroplanes are the fastest racing boats in the world and the American Power Boat Association, doing business as H1 Unlimited, sanctions races.  With deep history, the 116 year-old sport ‘s majority of hydroplanes are powered by turbine-engines that produce 3,000 horsepower, allowing the power boats to reach speeds of nearly 200 mph, producing a massive 60-foot tall, 300-foot long wall of water behind them called a roostertail.  With very few restrictions, these majestic hydroplanes race in front of shorelines, river fronts and beaches packed with fans on bodies of water throughout the United States.  For additional information on the 2019 H1 Unlimited Hydroplane Racing Series, visit the Series’ Web site www.H1Unlimited.com or visit on social media at Facebook’s ‘H1Unlimited,’ Twitter ‘H1unlimited’ and Instagram @h1_unlimited_hydroplane.