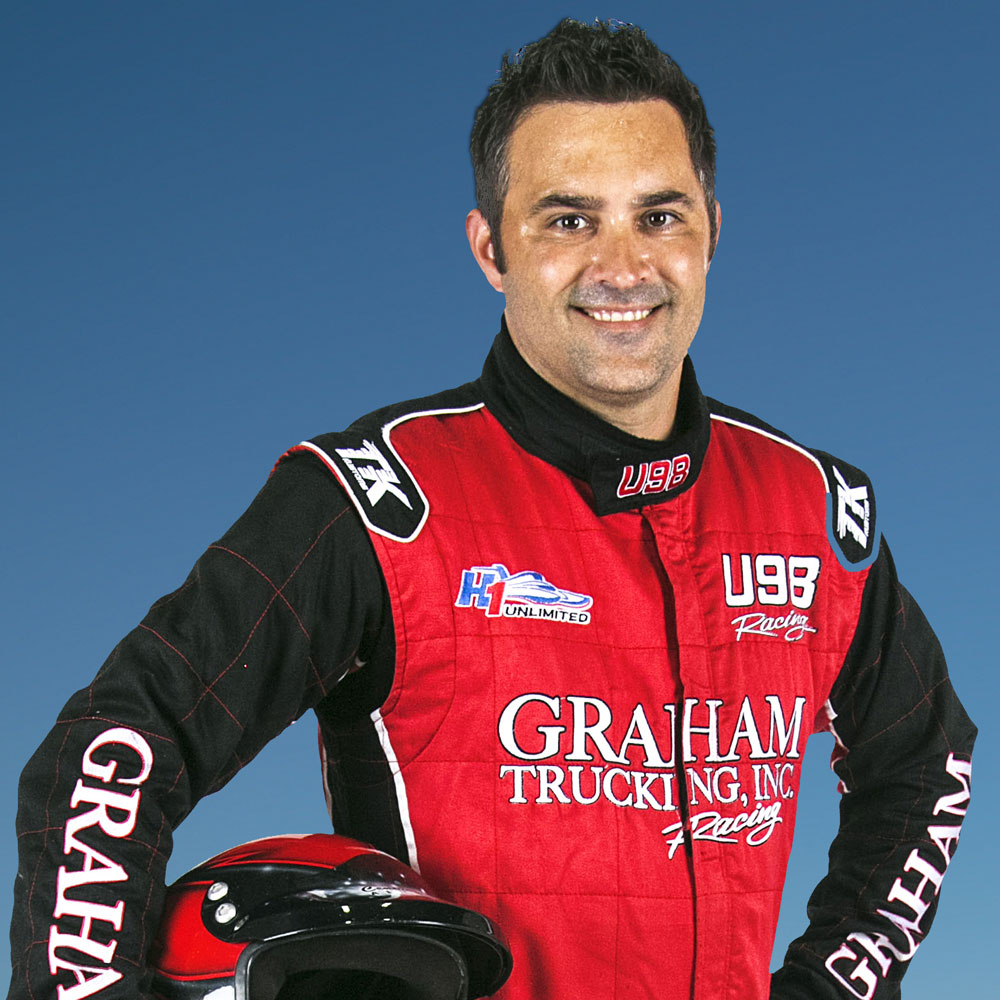 Corey Peabody is behind the wheel of the U-9 Strong Racing Unlimited. Peabody became a qualified H1 Unlimited hydroplane driver in 2016 after spending three years as a crew member for J. Michael Kelly. He spent the 2019 season driving the U-98 Graham Trucking American Dream, gathering 3628 points and finishing in a very respectable 5th place.

An elementary school classmate of J. Michael Kelly, Peabody has been racing outboard hydroplanes alongside Kelly since 1998. 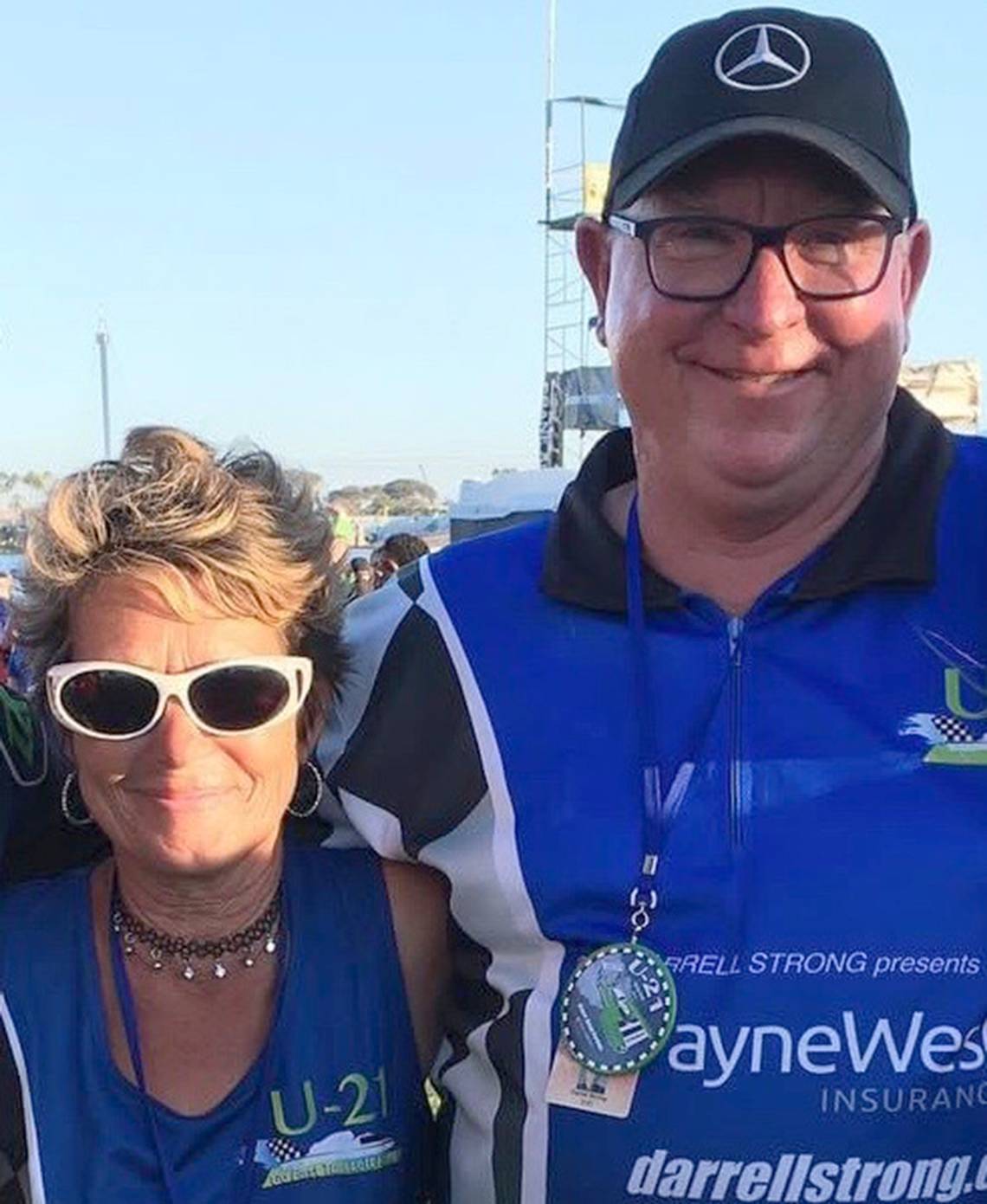 Growing up in Pasco, Darrell Strong would hear those hydroplanes with their loud piston engines on Water Follies weekend.

He would jump on his bicycle and race down to the Columbia River to watch them run circles again and again.

“It’s exciting,” said Strong, a vice president at PayneWest Insurance. “I think I’m like any Tri-City kid. I lived close enough to the river, that when you hear the boats you get on your bike and ride down to the river.”

Strong, now 60, has always been in love with the hydroplane races, held annually on the last weekend in July since 1966 on the Columbia River — well, except for this year because of COVID-19.

Strong has a special affection for the Water Follies event.

Strong started sponsoring boats eight years ago. But now, he’s made the next step.

In December, he finalized a deal to buy the U-9 Jones Racing boat from Mike and Lori Jones.

That includes much of the Joneses’ equipment, and Strong’s expectation is to compete at every race in the 2021 H1 Unlimited circuit.

It makes Strong the first Tri-Citian to be a full-time owner of an unlimited since perhaps the early 1980s, when Mike and Larry Rutkauskas were owners in a boat.

FROM SPONSOR TO OWNER

For Strong, being a sponsor has been great.

“The first couple of years it was just fun to be in the pits,” he said.

By 2015, he switched his sponsorship over to the Go Fast Turn Left team, owned by Greg O’Farrell and his son Brian.

But eventually, Strong felt we wanted to do more.

“I think it’s a little frustrating being a sponsor, because you have no say during the races on what the team does,” he said.

Finishing in fifth place for the weekend started to lose its luster. It was time to own his own team.

He looked at buying O’Farrell’s team, but decided not to. “It just wasn’t the right fit,” said Strong, who then turned his attention to the Joneses.

After winning the 2018 H1 Unlimited national high-points championship, the couple had been looking for the right buyer to take over the operations.

“Mike is 76 years old,” said Strong. “They ran all of their good stuff in 2018 and won a national championship. To be able to come into the sport at that high of a level is great.”

Jones felt good about the deal.

“Lori and I are very excited to welcome the Strong’s as owners of a new H1 team,” said Jones in a team press release. “Another full-time team on the circuit is positive!”

Now, for Strong, the hard work is about to begin.

“There is a lot to learn as an owner, like how do you put together a propeller program, or what about engines?” said Strong.

He’s already got his crew chief and driver in place. Brian Hajny, from the Tri-Cities, will be his crew chief. Hajny has worked in H1 in a number of roles, including as chief referee during races.

In 2019, the last Columbia Cup race held, Hajny was a crew member of the Madison team’s backup boat, which was sponsored by Oberto.

He was also that team’s radio man during races.

Strong, knowing something like this was going to happen, signed Corey Peabody as a driver back in October.

Peabody has been a qualified unlimited driver since 2016, and in 2019, he was the No. 2 driver for the Graham Trucking team, piloting the U-98.

“Corey has raced with J. Michael Kelly (Graham’s No. 1 driver) for years, and they’ve been friends since kindergarten,” said Strong. “And, Corey won the drivers’ karaoke contest here in the Tri-Cities in 2018. Now, if you’d been there and heard the other drivers sing, that’s not saying much. But now look what that’s turned into!”

Andrew Tate, the young driver who drove the U-9 to the national title in 2018, was not coming back to drive the boat.

“He announced last year he was committing to racing Grand Prix boats in Canada, so I didn’t even pursue him,” said Strong.

So it’s up to Hajny and Peabody to put a crew together for the 2021 season.

The team will continue to rent the current shop the boat is in in Auburn.

“I’m open to bringing the boat down here for promotions. Obviously, we’d be here in June for the test sessions,” said Strong. “I want to put together a strong team. I’d like to copy what the Madison program is. I’ve learned a lot from (Madison team president) Charlie (Grooms) and his team.”

As for racing in 2021, everyone has their fingers crossed.

The hope that vaccines will bring back a sense of normalcy has everyone planning for a full season this coming year. And things have already started to change in the pits.

Five team owners have two boats — the HomeStreet/Madison team, Dave Bartush, Rob Graham, Kelly Stocklin has a second boat, and the Raneys (Scott and Shannon Raney) got a second boat, according to Strong.

“I think the economics of the sport make it financially feasible to run two boats instead of just one,” said Strong. “It gives teams more appearance money. You can share the crew and staff between the two boats. It seems to be the way people are going.”

But Strong is sticking with just one boat and team for 2021. 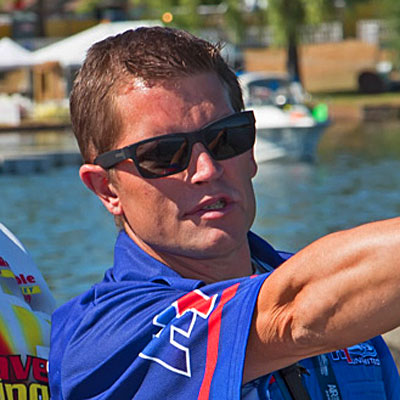 Brian has been involved in H1 Unlimited on almost every level except as a driver: Crew member, Crew Chief, Referee and even Chief Referee. In the last full season of racing, Brian was part of the U-1918 crew, working as radio man for driver Jeff Bernard.

As the first Crew Chief for the new Strong Racing Team, Brian is tasked with assembling not only the boat, but the rest of the team that will be ready to go when the green flag drops in Guntersville. With his experience, that is a given…