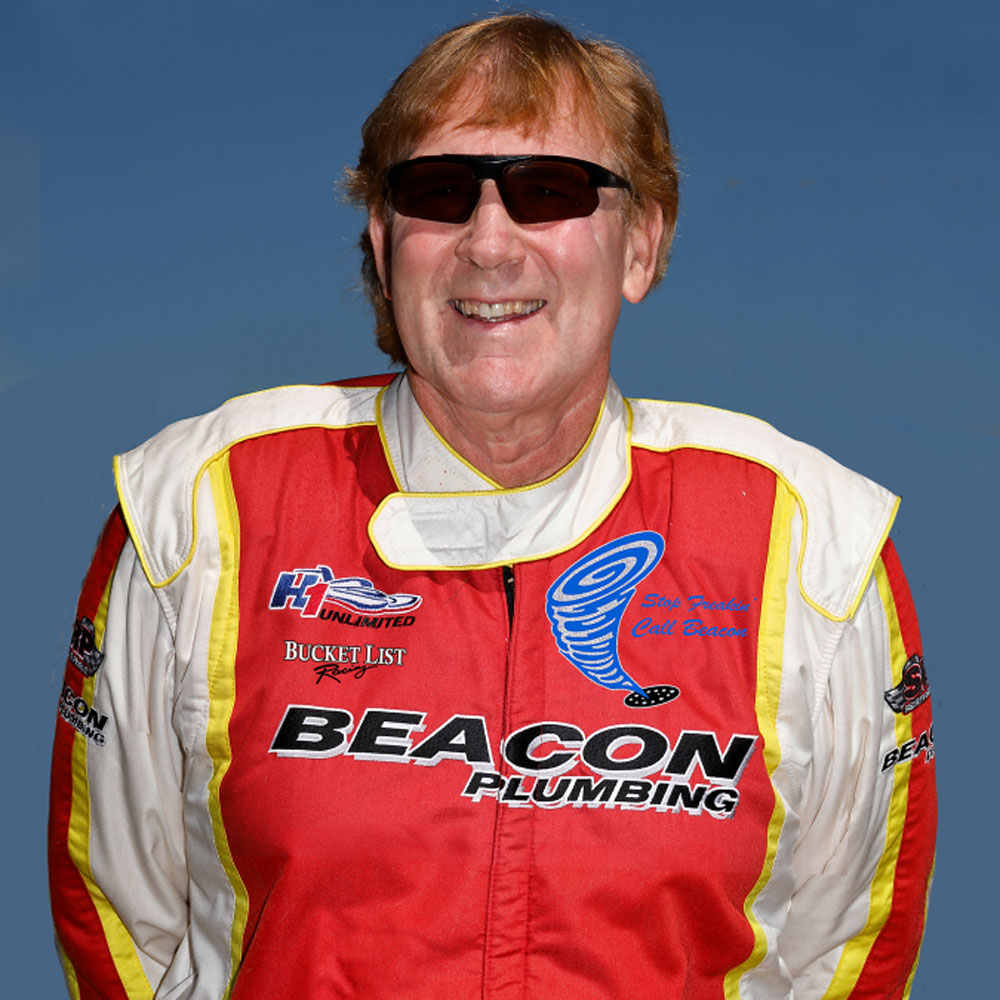 Dave Villwock of Monroe, Washington is the driver of the U-40 program for the 2021 H1 Unlimited season.

Dave earned his first career victory at his first Unlimited Hydroplane race driving the Coors Dry on Mission Bay in San Diego, California in 1992. Since then, Villwock has earned ten national high points championship titles, eight of those championships while piloting Miss Budweiser. He has also won ten APBA Gold Cup championships in his career. 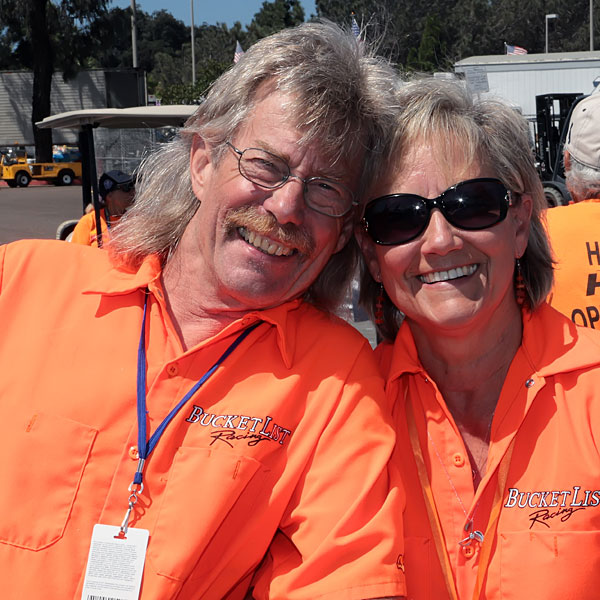 Kelly and Sharon Stocklin teamed together to promote a more economical alternative to current forms of unlimited racing that is more suited to entry level and start-up teams.  Together with Snuskitush Enterprises, they are helping promote the idea that new owners in unlimited racing can be successful competitors.   In 2012, the Stocklins acquired one of the boats built for the G Class automotive series and is approved by H1 to run the boat as an unlimited using a Lycoming T-53 turbine power plant.

Kelly Stocklin is a local legend when it comes to boat racing.  Stocklin’s racing resume dates back to 1974 and includes decades of competition in the major flat bottom classes,  super stock, pro stock and pro comp.  He was a long-time record holder in the pro stock category, part of the team that has set multiple runabout records in all classes.  Kelly has been instrumental in the evolution and implementation of driver safety capsules in these classes.

In 1980, Kelly joined Squire Shop’s U2 unlimited team as crew member for four years.  Shortly thereafter, he joined Ron Brown as an outside vendor on Budweiser’s first turbine attempt (T-1) while working in the nuclear energy field.

In the early 1990’s, Stocklin’s first experience in the cockpit of a hydroplane came in the 7 liter class.  He was an early participant in the Unlimited Light Class and long-time driver of Thunder Valley Racing’s supercharged UL.

At age 61, when most have retired, Kelly Stocklin started his driving career in the Unlimited class and was named the 2012 H1 Unlimited Rookie of the Year.  Having accomplished that bucket list item, he is happy to have handed over driving responsibilities to Dustin Echols.  Kelly manufactures the team’s gear boxes and drive shafts, and continues to supply propellers for Bucket List Racing and other H1 race teams.

In addition, the Stocklins purchased a Lycoming T55 powered hydroplane from Go Fast Turn Left Racing in 2020 and are looking forward to racing the U-40 this summer.  Kelly has taken over Crew Chief responsibilities for Bucket List Racing’s 440 program during the 2021 H1 Unlimited season to allow Taylor Evans to focus on the U-40 program.

Bill Cahill, the owner of Beacon Plumbing, announced a sponsorship agreement with Kelly and Sharon Stocklin’s Bucket List Racing team of Snohomish, Washington. “I am proud to announce today that Beacon Plumbing is back in unlimited hydroplanes and we look forward to this season. We are partnering up with the legendary Dave Villwock, the winningest driver in unlimited hydroplanes and the Bucket List Racing Team, owned by Kelly and Sharon Stocklin. We are looking forward to this season and next season and doing some serious boat racing.”

Dave Villwock returns to the cockpit of Miss Beacon Plumbing. “We’re back to doing it and we’re doing it right. We have great owners in Kelly and Sharon Stocklin. Bucket List Racing has put together a very talented team that should make us competitive at the first race next month in Guntersville, Alabama. We can’t wait to get started. We’re going to win some races!”

Bill Cahill, as the owner of Beacon Plumbing in Seattle, loves to return the help and support to the Northwest community that has helped him grow into a successful business. In 2004, Beacon Plumbing began sponsoring the U-37 Miss Beacon Plumbing hydroplane. With Cahill’s sponsorship, hydroplane teams have amassed 5 victories including the 2006 APBA Gold Cup and UIM World Championship. Now teamed up with Kelly and Sharon Stocklin, Bill looks forward to more success in the H1 Unlimited series.

About Beacon Plumbing- Bill Cahill owns Beacon Plumbing in Seattle. Bill went into the plumbing business with his brother as Cahill Plumbing in 1987. In 1999, Bill started out in his own plumbing business as the owner of Beacon Plumbing in Seattle. Bill began working out of his home with five plumbing trucks. Due to good, old-fashioned hard work and a dedication to superior customer service and satisfaction, Beacon Plumbing grew and moved into its current Kent headquarters. Bill’s company today has a great team of plumbers working 24 hours a day, seven days a week, driving 45 trucks, and a large variety of industrial project equipment used to deliver superior customer service on thousands of residential and commercial plumbing projects.

About Bucket List Racing- Kelly and Sharon Stocklin teamed together in 2012 to promote a more economical alternative to current forms of unlimited racing that is more suited to entry level and start-up teams. Together with Snuskitush Enterprises, they are helping promote the idea that new owners in unlimited racing can be successful competitors. The Stocklins purchased a Lycoming T55 powered hydroplane from Go Fast Turn Left Racing in 2020 and are looking forward to racing the U-40 this summer with Dave Villwock at the wheel. Kelly has taken over Crew Chief responsibilities for Bucket List Racing’s U-440 program during the 2021 H1 Unlimited season to allow Crew Chief Taylor Evans to focus on the U-40 program. 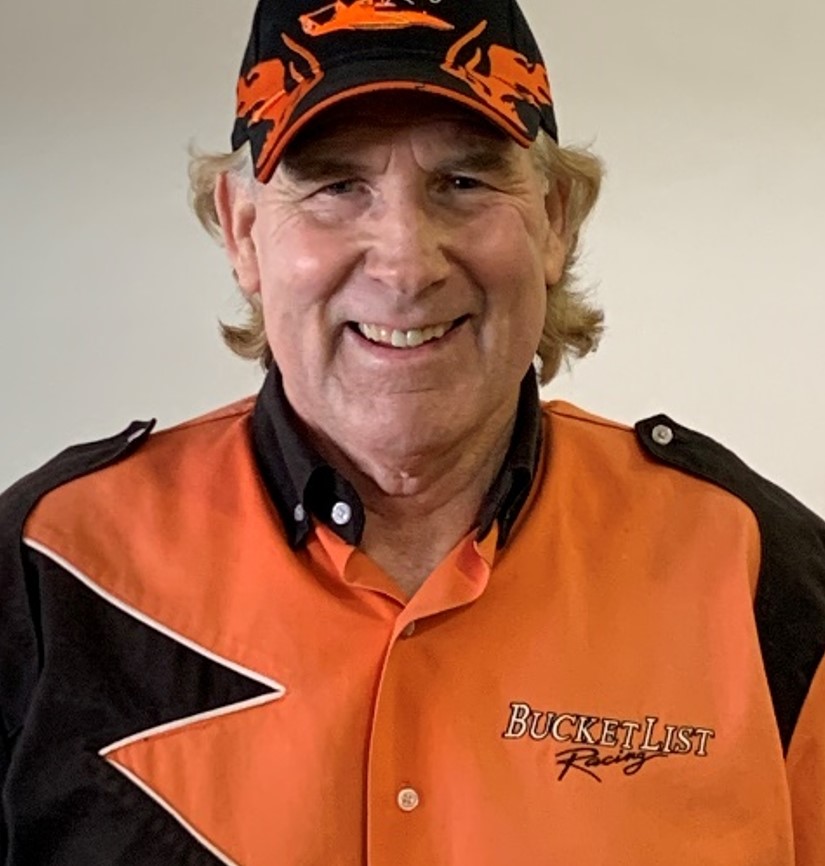 Dave Villwock of Monroe, Washington, is Team Manager of the U 99.9 program for the 2021 H1 Unlimited season.   Dave, with 67 victories, is the all-time winningest driver in the history of Unlimited Hydroplane racing.  Dave has been a Driver, Crew Chief and Team Manager for some of the dynasties of hydroplane racing, including Budweiser, Ellstrom Racing, Pico American Dream and Circus Circus Racing.  Dave and his wife, Holly, have been avid supporters of Bucket List Racing since its inception in 2012.  Holly was the real estate agent who helped Kelly and Sharon Stocklin purchase the shop property where Bucket List Racing currently houses its two unlimited hydroplanes:  The U-440, and the U-99.9.

Kelly Stocklin and Dave Villwock teamed up to design and build propellers for the famed Miss Budweiser team, ultimately producing the world’s fastest and most durable propellers.  They continue to build propellers in-house for Bucket List Racing’s race boats and many other currently active Unlimited racing teams.

It is no surprise that when Kelly decided to campaign a full-sized T-55 powered Unlimited, Dave was one of the first to “sign on” in support of the program. 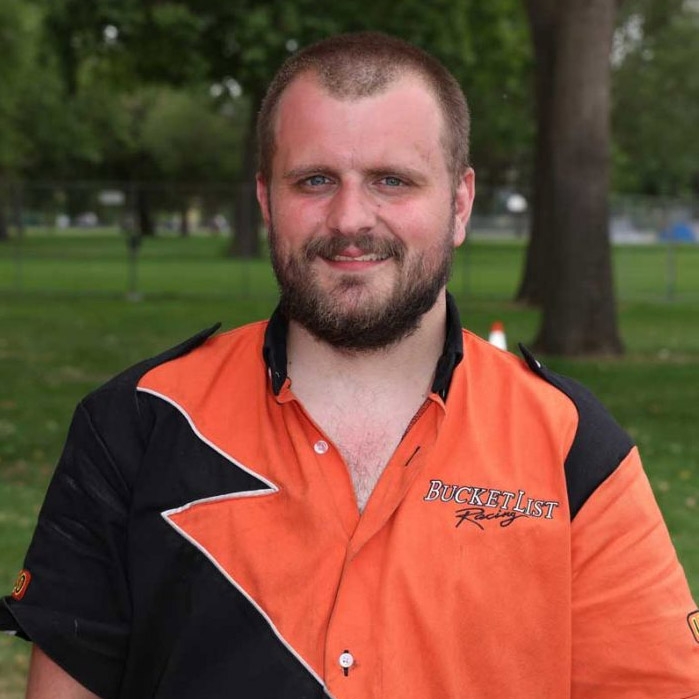 Taylor rejoined Bucket List Racing during the winter of 2014 and crewed during the 2015 season.  He began working for the team on a full-time basis in fall 2015 as Crew Chief of The 440.  He is now, along with Team Manager Dave Villwock, responsible for all maintenance of and modifications to the U-40.