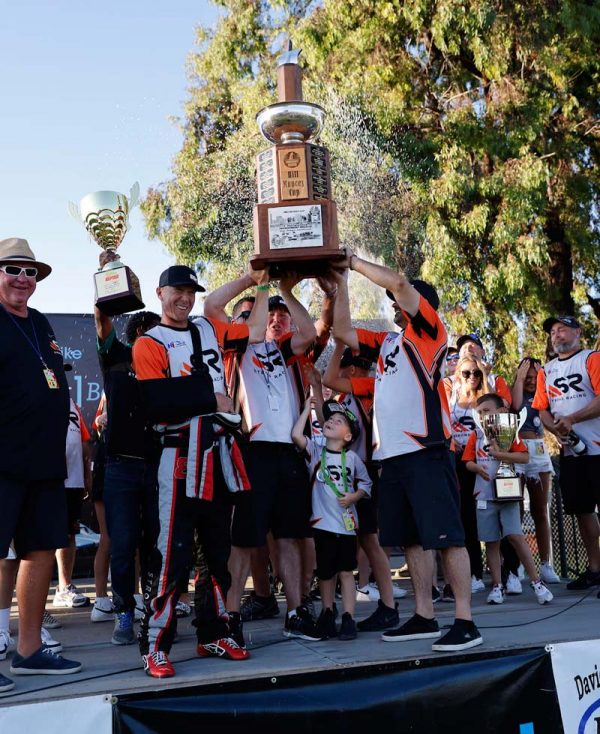 SAN DIEGO — The 2021 national driver’s championship for H1 Unlimited Racing Series came down to the final heat of the year—today’s winner-take-all final heat of the HomeStreet Bank San Diego Bayfair event on Mission Bay in San Diego. When it was over, J. Michael Kelly of Bonney Lake, Washington, won both while driving Miss Tri-Cities.

The day started with Kelly holding a 180-point lead over defending national champion Jimmy Shane in the national driver’s standings. The two then faced each other in the first preliminary heat. Shane, of Covington, Washington, grabbed the lead at the start driving Miss HomeStreet and held that position to the end, giving him 400 points compared with 300 for Kelly. That cut Kelly’s lead to only 80 points heading into the final heat of the race and of the 2021 season.

At the start of the final, Shane again took the lead and continued to pull ahead of Dave Villwock in Miss Beacon Plumbing, while Kelly followed in third place. That’s how the boats remained to the finish line.

Meanwhile, in reviewing the start, race officials determined that both Shane and Corey Peabody, the driver of Pinnacle Peak Consultants, had started too early, causing both to be assessed a one-lap penalty. Then, when the data boxes were checked after the race, it was determined that Villwock was disqualified for going too slow before the start.

With the penalties, Kelly was awarded the first-place finish, Shane was second, and Peabody was third.

As for the day’s other preliminary heat, Villwock ran alone on the course when Jamie Nilsen of Gig Harbor, Washington, was unable to get J&D’s across the starting line. J&D’s was damaged during Saturday’s racing when its engine blew. The team’s crew worked late into the night and through the morning to make repairs, but the engine just couldn’t keep running long enough to make it into the race.

The HomeStreet Bank San Diego Bayfair race concludes a 2021 H1 Unlimited Racing Series season that featured some of the closest competition in many years. The race teams will now head home for the winter and will start preparing the world’s fastest boats for a 2022 campaign that promises to be bigger and better than ever.