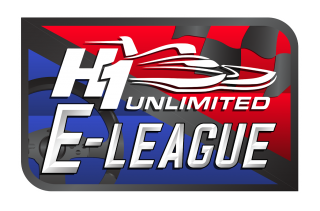 The 2020 H1 Unlimited E-League continues with the second race of the season, contesting the Gold Cup from Madison, Indiana. The race is scheduled for 12:00PM noon on Saturday, June 6th and will be streamed to the H1 Unlimited Facebook, YouTube and Twitch channels.

Congratulations to Quinton Miller on his victory in the inaugural H1 Unlimited E-League race in Guntersville!