Six H1 teams wrap up testing on the Columbia River

The temporary racecourse on the Columbia River that dissects the towns of Kennewick and Pasco is important because today’s testing is the only scheduled test session before the teams head to the season opener held at Lake Guntersville in Alabama. 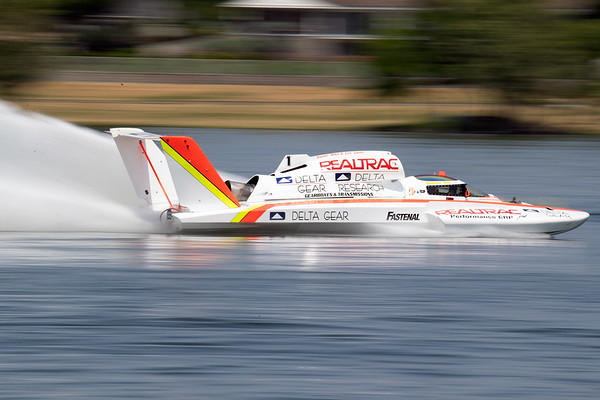 “We tested a few motors and just practiced as a team this weekend,” Tate said. “We don’t have a new crew after some members retired last year, but we have a crew with new responsibilities,” Tate said.

Tate won five of six events in 2018 that included the HAPO Columbia Cup on the same river last year.

“Although we are last year’s National Champion, we are all at zero points going in to the start of the season and we are going to continue to keep the ball rolling and score as many points to repeat our championship,” Tate said. Tate came away with a 160.256 mph fastest lap.

Prior to today’s activities the U-1 Jones Racing team announced their acting crew chief for 2019 is 8-year team crewman, Seph Parshall.

Parshall said they got about nine laps in throughout the day.

The U-6 Miss HomeStreet, driven by Jimmy Shane logged the most laps of the day with 21 and logged the fastest speeds, with a fastest lap of 164.775 mph.

The team has yet to announce a crew chief for 2019.

Rob Graham, owner of two boats in attendance, the U-12 Graham Trucking with J. Michael Kelly and the U-98 Graham Trucking American Dream with Corey Peabody, logged a combined 31 laps. 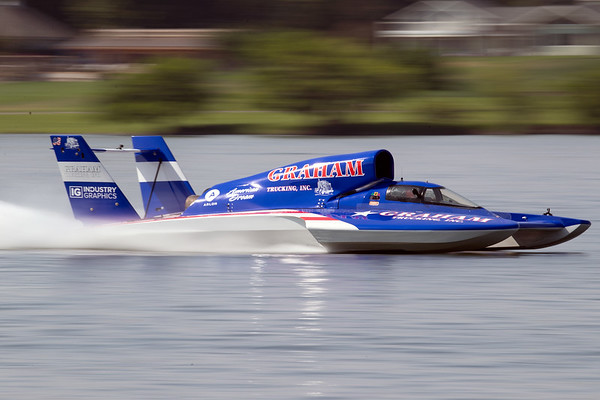 The one-day test marked rookie Peabody’s first on-track action in the Graham Trucking Racing’s second entry, the U-98 Graham Trucking American Dream. Peabody has only one race under his belt in the H1 Unlimited Hydroplane Racing Series after he raced in the 100th anniversary race of the American Power Boat Association’s Gold Cup race in 2016. Today was his first turn at the wheel of the U-98 that ran last year as the U-99.9 CARSTARS powers Miss ROCK.

“We accomplished what we needed today, the last run felt pretty good,” Peabody said. He continued, “I am pretty proud of my team, they worked their butts off to get this boat prepared for today and worked to overcome some of the morning’s set-backs.”

After struggling all morning with engine problems, rookie Peabody logged 12 laps. Peabody, who is re-qualifying as a driver after sitting out, needs three laps at 130 mph plus, and one lap at cruising speed to complete his requalification.

Two other teams that were not as happy about today’s testing were Dustin Echols driving the U-440 Bucket List Racing and Tom Thompson driving the U-11 J&D’s presented by Reliable Diamond Tool.

Echols made only one lap when a fitting failed and stopped oil getting to the boat’s custom gearbox, causing it to over heat and break. They spent the remainder of the day on the trailer.

Echols said he saw chute speeds the fastest the boat has seen prior to the gearbox damage. The boat also suffered hull damage as well.

The U-11 and Thompson also had gearbox issues when a pulley to the oil pump was damaged after three laps. The team hopes the lack of oil pressure to the gearbox did not do major internal damage and sat the remainder of the day.

Thompson said,” We didn’t get to run hard but many of the offseason changes worked and the boat felt real good. I am pleased with the changes,” Thompson said.

The teams will regroup and begin additional preparations for the first race of the year June 28-30 in Guntersville, Alabama.