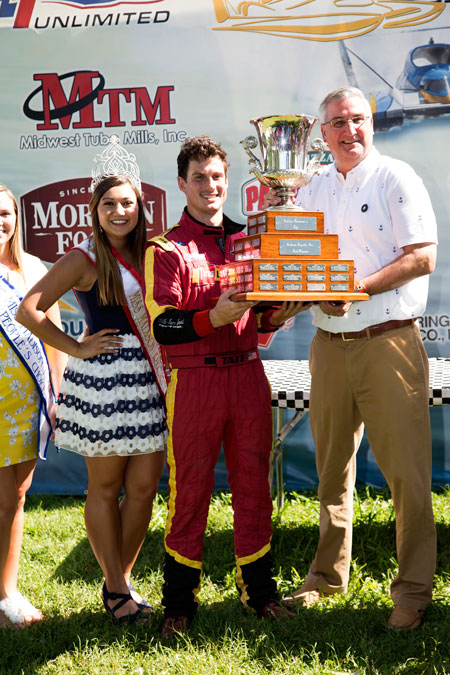 It was the 67th running of the Madison Regatta and this year it was a four-boat shootout.

Tate in the U-9 Delta/Realtrac eventually pulled away from Jimmy Shane in the hometown favorite U-1 Miss Homestreet Bank.

Shane, the 2016 champion in Madison, led most of the way but on turn one of the final lap the Homestreet Bank almost barrel rolled. Tate then could easily hold onto the lead and take the victory.

Tom Thompson finished third in the U-11 J&D’s with JW Myers taking fourth in the U-27 Wiggins Racing.

The H1 Unlimited fleet will now meet up on the Columbia River n Tri-Cities, Wash. for the HAPO Columbia Cup, July 28-30.