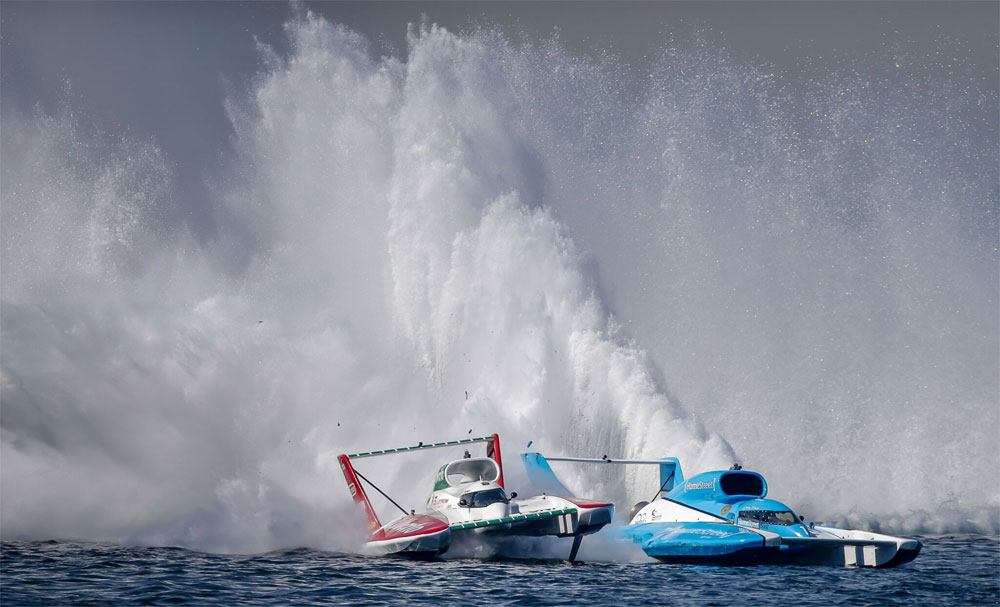 J. Michael Kelly, driving the U-5 Graham Trucking, was named the winner of the 2016 HAPO Columbia Cup on Sunday after a controversy-filled final.

Fans might have left the shoreline of the Columbia River thinking that Jimmy Shane drove the U-1 Miss HomeStreet Bank to victory.

Shane went on to finish the race, crossing the finish first, with Kelly right behind.

But after the race, H1 officials reviewed video and reversed the call, saying Shane slid out from Lane 1 and hit Theoret, who was actually ahead of Shane in the turn.

Theoret finished second behind Kelly, while Jimmy King in the U-3 Griggs presents the Miss Ace Hardware was third.

Brian Perkins in the U-21 PayneWest Insurance was fourth, Tom Thompson in the gbr11 Peters & May was fifth and Jeff Bernard in the U-7 Graham Trucking was sixth.

Shane and the U-1 placed seventh.