Team Porter Signs Jeff Bernard to Pilot the U-7 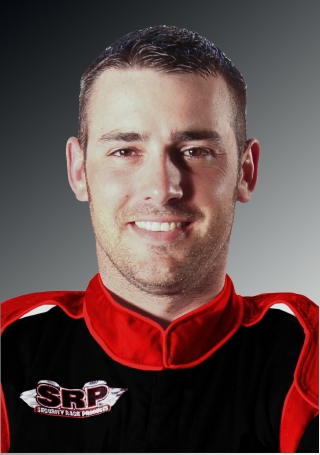 DECATUR, Ind. — Team Porter Racing has signed Jeff Bernard to pilot the U-7 for the 2016 season. The addition of the U-7 and Bernard gives the MainSource Bank Indiana Governor’s Cup presented by Belterra Casino and Resort (July 1-3) an eight boat H1 Unlimited Hydroplane field.

In 2012 and 2015, Bernard was inducted into the APBA Hall of Champions. He is the nephew of former hydroplane drivers Mark and Mike Weber and is the step son of former driver and APBA Gold Cup Champion Terry Troxell.

Bernard drove the U-5 Miss Formulaboats.com hydroplane for Team Porter Racing (2007-11). He earned victories at the 2008 Indiana Governor’s Cup race in Madison, Indiana, the 2008 Bill Muncey Cup in San Diego, Calif. and the 2009 Thunder on the Ohio race in Evansville, Ind. In the 2009 race, Team Porter grabbed the one-two finish with teammate J. Michael Kelly finishing second in Evansville.

Bernard’s first unlimited hydroplane ride was in 2005 in Fred Leland’s U-99 Lakeridge Paving at the Seattle Seafair Race.

Team Porter already has one boat committed for the 2016 H1 Unlimited Hydroplane season. The U-5 Graham Trucking piloted by Kelly. The U-7 sponsor is still to be determined.

The U-7 number will begin the season on the U-57 hull and most likely move to the T5 hull as the T6 boat is brought back into the race schedule as the U-5.

Including the U-57 entry, eight H1 Unlimited Hydroplanes are confirmed to race in Madison with one more boat still in question. The U-1 HomeStreet Bank/Miss Madison, U-5 Graham Trucking, U-9 Les Schwab Tires, U-11 Peters & May, U-21 PayneWest Insurance, U-27 Dalton Industries/Wiggins Racing, and the U-100 Carstar Auto Body presents KISW Rock. Ed Cooper’s U-3 Allison-powered unlimited remains a possible entrant as the team continues to look for a sponsor.

OTHER NOTES: Team Porter Racing will continue to work with Corey Peabody to help him qualify as an unlimited hydroplane driver. Peabody drove the U-5 Graham Trucking at a test on the Columbia River in Kenewick, Wash. earlier this month….all H1 Unlimited Hydroplanes will begin testing on the Ohio River in Madison on Friday, July 1. Preliminary heat racing will take place on Saturday and Sunday with the final winner take all championship on Sunday. For Madison race information go to https://madisonregatta.com/

For information on the H1 boats and the series to go www.H1Unlimited.com or download our NEW “H1 2016” app. Apple users can download the app from the App Store – Android users please visit the H1 website.