Winds of political change over Qatar 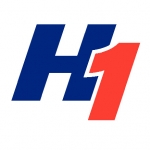 Over the past six years our sport has had the privilege of getting to know Sheikh Hassan Bin Jabor Althani, or simply “Hassan”.

During this time, Hassan bridged the cultural differences between the Mid East and the West. He did so in a positive manner that made friends of complete strangers. I can’t imagine a finer Ambassador for acceptance, peaceful co existence and respect for all cultures.

Sadly the political environment has changed in Qatar, and Hassan is no longer the President of the QMSF. Although we have four years remaining on our contract, the new leadership has cancelled not only our contract, but all motor sports agreements they had with the World racing authorities, including NHRA, F1 outboard, J stock outboard, Offshore and Unlimited.

Unfortunately the previous leadership of H1 accepted a 30 day termination provision, and we must honor that agreement. In the normal course of business, contracts have an “out” for force majeur (acts of God, or actions not caused by the parties). While the minister of Youth and Sports could exercise their 30 day notice, it does raise questions about any hopes they have for hosting an Olympic event or their proposed FIFA World Cup.

Perhaps the political winds will change again, and a new leader of Hassan’s caliber will emerge. We can only hope, as Hassan was not only unique as a world citizen, he was a man of honor. Let us not blame Qatar for this decision, for it is but but a few who made the decision.

In the meantime Dave Holley, CEO of London based Peters and May is working diligently on a replacement for the Doha race.

This is obviously a hurdle we must overcome. Some will take delight in this setback. Those few are the denizens of the web who have accomplished nothing and thrive on  gossip and other’s misfortune. It is not for them we race.

We race for you, our friends, our loyal fans, our sponsors and for the spirit that thrives in the best of competition.