HAPO to sponsor U-99 in Tri-Cities

HAPO Community Credit Union will sponsor the U-99 Unlimited Hydroplane during the 46th Running of the Columbia Cup this weekend.

The U-99 is the black and maroon hydroplane that was driven by Greg Hopp in 2010. This year it is being driven by Ryan Mallow of Tacoma. Mallow drives the GP-19 Miss Everett on the Grand Prix Circuit. The Miss Everett is owned by Tom Eckenberg. 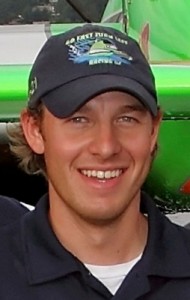 This is the first year that HAPO will sponsor a hydroplane. HAPO is the sponsor of the HAPO Over the River Air Show for the 4th year. The U-99 will feature HAPO’s logo during the races, and will be known as the Miss HAPO.

where to buy cuban cigars online

“Between the outstanding air show line-up this year and our sponsorship of the U-99 Miss HAPO, we are really excited and looking forward to a great weekend of fun. See you at the races!” exclaimed Steve Anderson, Executive Vice President and Chief Operating Officer for HAPO.

HAPO’s sponsorship of the air show and the U-99 is part of their “Official Sponsor of Summer” program. HAPO sponsors a variety of local community events throughout the summer.