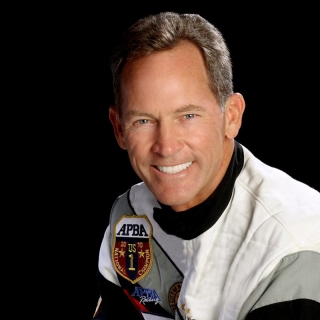 Regarding the incident between the U-1 Miss HomeStreet and the U-16 OH BOY! Oberto:

The U-16 had the lead and the right to establish the arc. Just after the apex the U-1 straightened its arc ever so slight, and intersected the closing arc of the U-16. The evidence was twofold. Had the 1 begun their arc and the 16 dove in, the 1 would have been forced into the infield. However, from a physics standpoint, by straightening at that buoy the impact of the 16 made no difference in the course of the 1.

Virtually identical to a call that went against me in Evansville n Dave Vilwock hit me and blew over. I was in lane one and he was in lane three with a small lead. He had an arc and between the buoy after the apex and the entry pin I unhooked and slid 1/2 a lane. That slight  move intersected with his closing arc, we collided and he blew over.

The helicopter and onboard videos were all brought to the H1 trailer and reviewed by both teams and 4 officials. With the Helicopter landing one mile from the pits, time marched on. I regret the significant delay.

As for the personal attacks on me, go for it. Trying to lead anything involves risks of all type, including assaults against character.

As for the drivers, they drove with everything they had, they gave it their all.