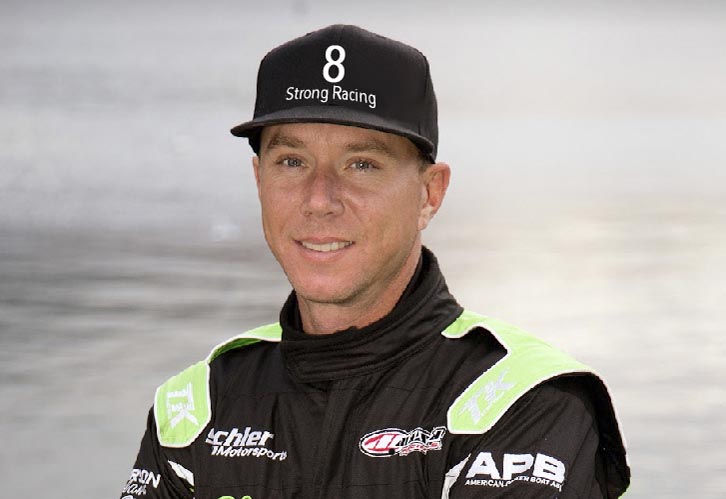 In a surprise announcement today Strong Racing revealed they have signed unlimited veteran J Michael Kelly to drive the recently acquired Ellstrom Racing E-3 hull.  The boat will be numbered U-8 under the Strong Racing team umbrella.

Kelly was the 2004 unlimited class Rookie of the Year while driving for Jim Harvey. He chalked up his first H1 Unlimited hydroplane win at the 2009 inaugural U.I.M. World Championship Oryx Cup in Doha, Qatar. His 16-year career makes him the second most seasoned driver on the circuit.  Kelly spent the past three seasons driving for owner Rob Graham in the Graham Trucking U-12. He racked up wins in three of five H1 Unlimited events in the 2019 season.

Asked his thoughts on his new ride, J Michael had this to say: “I would like to thank Darrell and Vanessa for this amazing opportunity to drive one of the fastest boats in H1 I believe we will build a successful team and I look forward to our future of racing and helping the sport.”

Team owner Darrell Strong said “We are thrilled to have JMK on the team!  He is definitely one of the best drivers in the sport and we feel he makes us very competitive in 2021,  Also, Mike, Angela, and their boys have become like family to us so we are excited to have them join the Strong Racing team.”