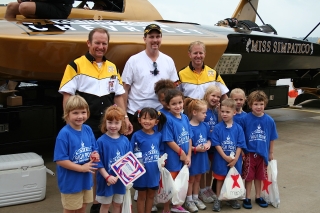 To hear Greg O’ Farrell tell it, there was a gasp of disbelief when the U-21 team found out that San Diego based All Access Equipment Rental’s owner Jeffrey Michael Johnson was killed in a private plane crash Thursday, September 3. It was a hard hit for the U-21 team that has been battling not only to get back on the race circuit but fighting to take its place among the elite teams on the H1 Unlimited Hydroplane circuit.

It has been a long road for Greg, his son Brian, driver Brian Perkins and the entire team.

At the end of the 2005 season, Jeffrey Johnson bought a hydroplane hull and all the equipment from owner/driver Ken Muscatel. Johnson’s partner in All Access Equipment Rental Kevin Aylesworth drove the boat during the 2006 season as Freedom Racing. They registered the hull as U-21 because that was Jeff’s birthday.

Late in 2006 Jeff and Kevin commissioned a new hull and hired Brian Perkins to drive it during the 2007 season. Greg and Brian O’Farrell bought the hull in 2009 and started campaigning the boat with Perkins driving.

Perkins scored podium finishes at the Lamb Weston Columbia Cup in 2008 at Tri-Cities, the Albert Lee Cup at Seafair in Seattle in 2010, and the 2014 Detroit APBA Gold Cup, but it was not without its issues.

The first race of 2013 ended in a near disaster at the Oryx Cup UIM World Championship in Doha, Qatar when Tom Thompson in the Peters and May collided with Perkins in a crowded first turn. Thompson’s boat flew over Perkins’, bouncing off the canopy of the U-21. Brian was not injured, but his boat was damaged and forced to withdraw. 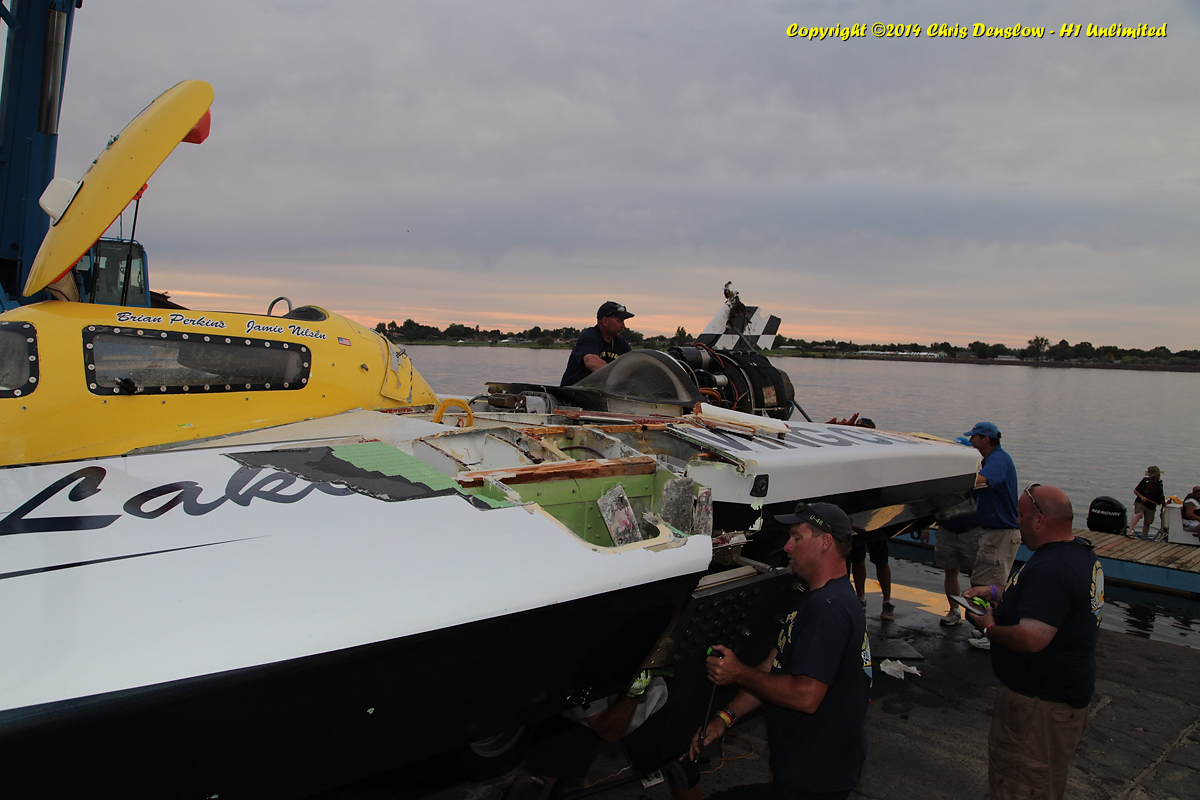 U-21 after blowover accident in Tri-Cities

Perkins 2014 season was looking to be the best of his Unlimited career, collecting a second place in the Detroit APBA Gold Cup. Unfortunately, the season was cut short at the next race when the boat was seriously damaged in a blow-over accident during the HAPO Columbia Cup in Tri-Cities.

Then Greg and Brian O’ Farrell had to make a decision. Fix the boat or get out of the sport. Fortunately, the O’ Farrell’s decided to stay in the sport. But it hasn’t been easy.

The U-21 team worked day and night to get the boat to the Tri-Cities for the 2015 HAPO APBA Gold Cup. Right out of the box, Perkins surprised the field missing another podium finish by one spot, placing fourth. After a tough outing in Seattle, the U-21 team picked up Al Deeby as a sponsor for Detroit. And once again, Perkins not only successfully battled the 12 boat field but survived the challenging Detroit River course to take third place.

Johnson, Aylesworth and the O’Farrell’s were finalizing the All Access sponsorship for San Diego when the U-21 team received the tragic news of the plane crash and the death of Jeffery Johnson.

Another setback for the U-21 team just as it was showing its racing acumen. Now, what?

Fortunately, Johnson and Aylesworth had a long-lasting passion for boat racing including starting the U-21 team in 2004. To continue the legacy and keep Johnson’s name in the forefront of San Diego Bayfair, Aylesworth stood by the details of the contract and committed All Access Equipment Rental as the sponsor of the U-21 for this weekend’s event.

With the sponsorship in hand, the O’Farrell’s, Perkins, and the entire U-21 will once again show their mettle. This time, the U-21 will not only be a hometown favorite with San Diego’s All Access Rentals as the sponsor. And not only will the U-21 be the sentimental favorite to honor the legacy of Jeffrey Johnson. This time, the U-21 could easily be considered one of the favorites as a competitive team with a real chance to take the San Diego Bayfair crown.